You are here: Home » About Us

About The Moe Joe Team

Bake With our Hearts! 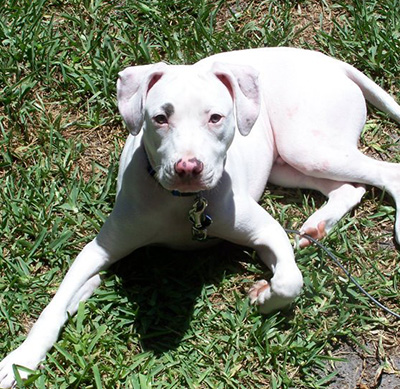 The Star of The Show: Moe Joe!

Munchies by Moe Joe was started by our C.B.O (Chief Baking Officer) Dawn Kirchinger in 2014. Why start a treat business with ton of treats on store shelves? Because it started with one dog, Moe Joe. Moe Joe was introduced to us by a friend, Lesley, and a rescue called Pit Stop Bullys Rescue. A special boy from the beginning who had some very special talents. Dave, Dawn’s husband and our company’s Baker and Sales Manager, was diagnosed with Type II diabetes.

While Moe Joe was still a puppy, he would act very strange and excessively lick and pin Dave down uncontrollably. Puzzled, we would just brush it off and ignore it thinking it was just the playful puppy that he was. After this went on for a few months, we started piecing things together. When Dave had alot of sugar, Moe Joe went crazy and would start the excessive licking. After testing this theory a few times, we realized Moe Joe could detect spike and dangerous drops in blood sugar. After presenting this information to our family doctor, Moe Joe was deemed a service dog which works closely with Dave.

Unfortunately, we learned that Moe Joe had medical issues of his own. Moe Joe would start breaking out into a hives. After trying different foods and treats, we decided to check with our vet to have skin tests done. After we receiving the results, we learned that Moe Joe was allergic to Florida grass, beef, dairy, rice, white potatoes, and mesquitos. Dog food without any of these ingredients were difficult to find and treats without fillers was even harder.

Years went by and Dawn started to making her own treats for Moe Joe. Other friends had dogs with the same problems and Dawn would offer some of Moe Joe’s treats. Soon, a company named Munchies by Moe Joe was developed.

We have truly supported by a lot of great and talented friends and great customers who have helped move this company forward. Without these people, we would be still just making treats for Moe Joe and a few friends.

We bake our products with love and passion and a desire to provide healthy snacks to our family dogs. Only the best ingredients are used for our special products!
© Copyright Munchies By Moe Joe and IDEAS4, Inc. All Rights Reserved Worldwide.
Charles Haley Womens Jersey