You are here: Home » Featured Shelter 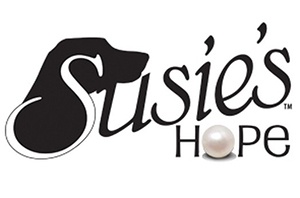 Susie, a pit bull mix, was found in Greenfield Park (Greensboro, NC) fighting for her life, in mid-August 2009.

The innocent and playful eight-week-old puppy had licked the face of her owner’s newborn baby. Overcome with violent rage, her owner physically punished the young puppy leaving Susie with unspeakable wounds (a broken jaw, teeth kicked out) and then…Susie was set on fire and left to die.

Dumped in the park, Susie suffered with third-degree burns; her ears burned beyond recognition. She was found ten days after the attack. She survived eating garbage and drinking water from mud puddles. Her open
wounds, covering more than 60 percent of her body, had become infested with maggots.

After two months of intensive, daily medical treatments, Susie was able to regain strength and return to life as a normal, playful puppy. At three months old, Donna Lawrence adopted Susie as a family member. Susie was trained to become a therapy dog to work with burn victims.

Ten months before my attack, Donna survived a nearly fatal pit bull attack. Understandably, she had become afraid of dogs, but I won her heart.

We bake our products with love and passion and a desire to provide healthy snacks to our family dogs. Only the best ingredients are used for our special products!
© Copyright Munchies By Moe Joe and IDEAS4, Inc. All Rights Reserved Worldwide.
Website, Branding and Creative Services By IDEAS4